Since the dam face was steep and there was a lack of space at the base of the dam, AK had to develop a method to perform all of the work from the top. AK fabricated a system to support the hydro-demo head. That frame system was then attached to an excavator bucket.

AK utilized its ultra-high pressure pumps to power the hydro-demo as the excavator moved the frame system from one end of the dam to the other. 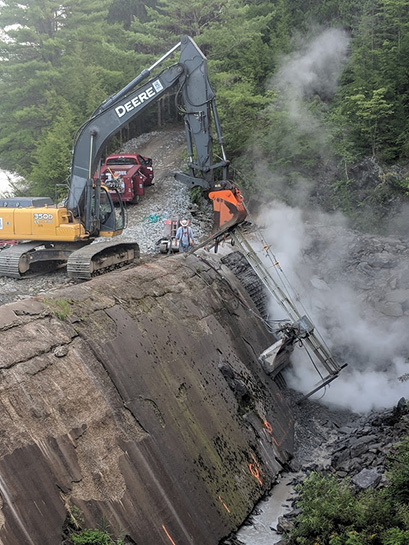